Should You Contact An Attorney For A Sexual Harassment Lawsuit?

Q. Can my employer retaliate against me for filing a sexual harassment claim?

A. No. California law prohibits retaliation against employees who report unlawful employment practices, including sexual harassment, or who file a claim for workplace harassment. You are also protected from retaliation for appearing as a witness in another employee’s sexual harassment lawsuit.

Q: Is it sexual harassment if a co-worker asks me out on a date?

A. Possibly. Some employers have responded to sexual harassment claims, or the threat of such claims, by enacting policies against dating or intimate relationships between co-workers (often referred to as “anti-fraternization policies”). While there is no law that requires such a policy, in most states there is no law that forbids such a policy. If a co-worker asks you out on a a date, and you say no, the co-worker should not ask again. If the co-worker continues to make advances toward you, it may constitute sexual harassment, even though a single, polite request probably will not.

Q. I had an intimate relationship with a co-worker but broke it off. If that co-worker harasses me, can I still bring a claim for sexual harassment?

A. Yes. Sexual harassment claims are based on unwelcome conduct. If you have made it clear to your co-worker that you have no further romantic interest in him or her, any ongoing, unwelcome future sexual attention could be the basis for a sexual harassment claim. You must proactively make it very clear to your co-worker that the attention is unwelcome. If you do, your prior relationship will not excuse his or her harassment.

Q. If a co-worker or supervisor comments on my clothing or appearance, is that sexual harassment?

A. It depends on the nature of the comment. Telling an employee to dress more professionally is unlikely to be seen as sexual harassment (unless the company implements a dress code only for employees of one sex). Frequently suggesting to an employee that she wear more revealing clothes as a way to impress the boss, however, could be seen as sexual harassment. Likewise, an innocuous compliment, such as “that’s a nice sweater,” would not be harassment; but if it were followed up with a sexual reference (“it really shows off your body”), that type of behavior would be inappropriate and may constitute sexual harassment.

Q. I was denied a promotion. I’ve since learned that the promotion went to my supervisor’s boyfriend. Is this sexual harassment?

A. Not necessarily. This is more akin to nepotism than sexual harassment. Unfortunately, nepotism is not illegal. However, if the business condones an environment where sexual favors are required of employees who wish to receive promotions or other favorable treatment from supervisors, this could be viewed as sexual harassment. But when a supervisor promotes his or her romantic partner in an isolated incident, that is usually not actionable under sexual harassment law.

Q. A fellow employee spends a lot of time downloading pornography from the Internet to his work computer. Is this sexual harassment?

Q. The other day, a fellow employee told a joke that had mild sexual content to another employee. I was offended by it. Was the joke harassment?

A. Possibly. While one joke alone may not be harassment, it could be part of a hostile environment. In this situation, you need to remember that the question is whether a “reasonable person” would find the joke offensive.

Q. A regular customer of my employer makes offensive sexual remarks to me every time I see him. Is this sexual harassment?

Q. Is sexual harassment ever a criminal matter?

A. Yes. The harasser’s actions may be a crime, depending on the circumstances. If the sexual harassment consisted of a physical attack, criminal sexual conduct, stalking, threats or another crime, the harasser may face criminal penalties. 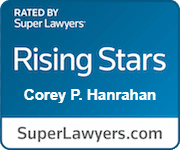